This blog post is about PlateyPlatey, a webapp I am developing to solve the (quite specific) problem I outline in this blog post. PlateyPlatey is in the very early prototype stages of development. I am having fun seeing how far I can develop it. If it saves even one researcher from the complete ballache of reorganizing research data, I will be ecstatic.

Once upon a time, I was a lab researcher. Boy, was it fun. This one time, I spent a month trying to crystallize a particularly annoying-to-crystallize molecule only to find that a decent proportion of the batch I was working with was actually silicone grease which, consequently, made crystallization impossible. Another time, my wrist twitched midway through adding LiAlH powder to a reaction and I managed to fill an entire schlenk line and vacuum pump with a mixture of corpse-scented phosphine and hazardous LiAlH powder. I now can’t smell phosphines without vomiting - fun.

Clearly, I wasn’t a particularly good synthetic researcher. This is probably because I get jittery when faced with anything that lacks a console or a robotic arm (take note, ladies). So, with that in mind, I reoriented my focus toward analytical and automation techniques.

Boy, was it fun. This one time, I spent several long days hunched in a fume cupboard with a 96-well plate (below) in one hand and a multi-tipped pipette in another. In most experiments, I had to prepare enough of these plates to tile the roof of a small mansion. 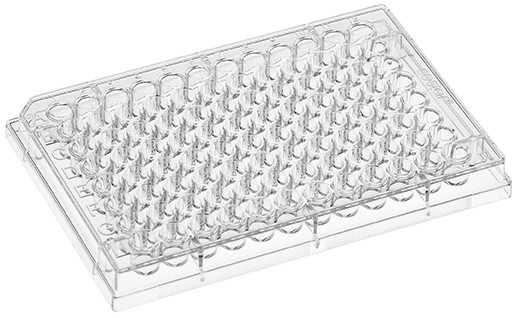 After preparing the plates, I’d spend maybe another day or two reorganizing my plate’s data and input variables so that they could be imported into three different pieces of analysis equipment as run files. After the analysis was complete, I would then spend another day or two reorganizing the data into a format that worked with the analysis and visualization software I was using at the time.

I was spending a lot of time preparing samples and rearranging data. Unfortunately, my samples couldn’t be prepared with our automated dispensers. However, when it came to data organization, the ball was in my court; accordingly, I invested a lot of time developing methods for linking sample and analytical data together.

My first approach followed the path of the programmer - “It’s all about the data structure!”. I designed a strictly-formatted excel spreadsheet. The spreadsheet layout was like something you’d get from an SQL query: each factor/variable was a column and each sample was a row (below). In that format, it’s very easy to filter and reorganize the data: most equipment, plotting software, and scripting languages are compatible with a row-oriented data structure. Further iterations of this design included unique sample ID generators, and helper sheets for re-joining data by ID.

However, this design had problems. It wasn’t compatible with my—quite physical—mental model of a plate’s data. When I’m mid-back deep in a fume cupboard, I really didn’t like having to perform the following mental dialog each time I plated up a sample:

Overall, this design shortened the data management step at the cost of making the (already quite tedious) sample preparation step more tedious.

My next approach followed the path of the designer. I designed a spreadsheet that lays out information in a plate-like layout and, using formulas, translated the data into a standard row-oriented spreadsheet. This was a direct mapping of the physical world (a plate) to the datastructure (a table).

This was much easier for to use, however it was quite hacky—VBA isn’t my personal weapon of choice—and it had several shortfalls:

Even with those shortfalls, though, the excel workbook mostly served its purpose and I used various iterations of it throughout my PhD. I didn’t look back at it. Since then, though, I have worked around several other academic and industrial labs to find a worrying pattern: a lot of research groups have followed a similar path.

Apart from finding out that, no, I am not a special snowflake for creating a custom excel workbook, I found a potential gap in the software landscape - how exciting.

So, under the (potentially mistaken) belief that other people might find it useful, I decided to try and do a proper job of translating between physical (i.e. plate) and “ideal” (i.e. tabular) layouts in a UI. I even thought up an amazingly imaginative name—PlateToTable—for the product. However, Jane Whittaker thought it sounded like a restaurant, so I eventually settled on PlateyPlatey after it won out over PlateyMcPlateFace.

PlateyPlatey is a webapp that lets you select wells in a plate layout and then assign values to those wells by typing stuff in. It’s currently in the very early stages—it’s essentially a proof-of-concept at the moment—but there are several key design goals I’m trying to stick to:

The last one has proven particularly difficult to aim toward. However, I am quite happy with how far it’s come along in the short amount of time dedicated to it (~2 months of weekends). I look forward to developing it further and, if you’re a frustrated lab worker who is sick to death of populating a plate, check it out. Even if you think it sucks—because in a lot of ways, it does suck at the moment—I’d really appreciate feedback on it.